The FBI is flying a fleet of spy planes over U.S. cities, taking photos and scooping up the cell phone activity of potentially hundreds of thousands of innocent Americans. The planes have been spotted over the Mall of America, where the FBI has been using counterterrorism authority to investigate political protestors connected with the #BlackLivesMatter movement. Tell Congress: stop the FBI's spy program. Political protestors should not be investigated using surveillance programs meant for terrorists.

Fight for the Future will send this petition to your lawmakers. We will email you with campaign updates. Privacy Policy.

Thanks! Now, can you call Congress?

The Senate is voting today. Make your voice heard!

Surveillance impacts every aspect of our lives.

Ad agencies create profiles about us without our knowledge. Companies violate their own privacy agreements and still are granted immunity after sharing our customer data with the NSA. The government and police use counterterrorism resources to spy on our peaceful political protests. And just imagine what else is happening without our knowledge. Learn More

Thanks for taking action!

Now, more than ever, we have a real chance at passing meaningful surveillance reform. Please help spread the word!

Supporters of mass surveillance often say "those who have nothing to hide have nothing to fear." This trivial argument ignores the fact that privacy is a human right, and that surveillance is often used politically to bully journalists and silent dissent. A report by the U.N. found that when people know they're under surveillance, they are more likely to limit their own freedom of expression, engaging in self-censorship for fear of government retaliation. In the United States, surveillance programs meant to fight terrorism are used to monitor and target political activists, directly threatening our rights to free speech and free association. Governments want their citizens to be afraid of them. Surveillance is not about protecting us, it's about control. 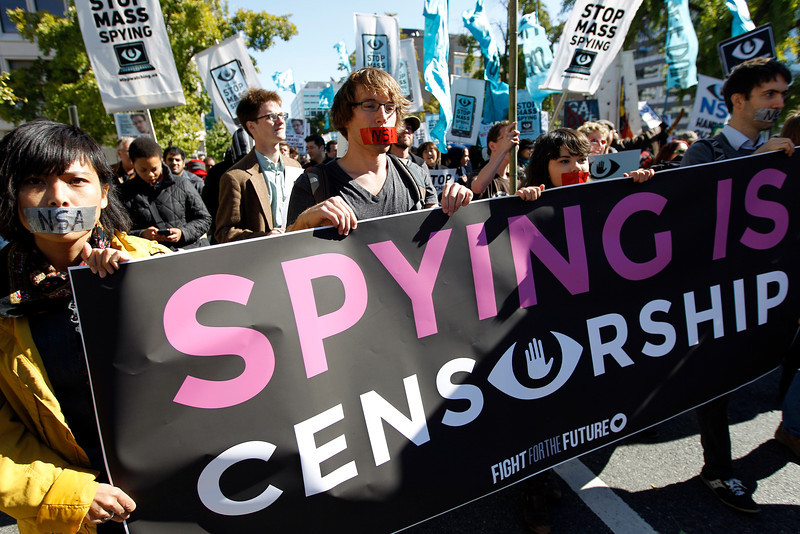 Surveillance legislation in the United States

Congress recently passed the USA Freedom Act, a so-called surveillance reform bill that was initially hyped as an end to NSA bulk collection. But in fact, this bill extended key portions of the PATRIOT Act and explicitly authorized the NSA's phone metadata spying program, which was ruled illegal up until the bill passed. The USA Freedom Act was backed by the US Intelligence Community, and Congress passed it without support from key privacy groups, such as Fight for the Future, Electronic Frontier Foundation and American Civil Liberties Union.

Opponents of the USA Freedom Act argued that the NSA will still be able to use broad search terms to target large portions of the population, and they can collect even more information from contacts “connected” to those targets. Companies that hand customer data over to the government are rewarded with blanket immunity from lawsuits, even when they violate their own privacy agreements with customers. The bill also allows the government to issue permanent gag orders on people or companies that receive surveillance orders.

The USA Freedom Act was just recently passed. Time will tell if it reigns-in mass surveillance at all, but already the law is being used to potentially shut down surveillance transparency lawsuits.

Although much of the public debate over mass surveillance has centered around the phone "metadata" collection program that Edward Snowden revealed, lawmakers including Senator Ron Wyden of the Intelligence Committee have suggested that this was just the tip of the iceberg. Under Section 702 of FISA, the NSA has been able to collect huge quantities of electronic communications data, including the actual content of emails and web browsing sessions, without a warrant or any meaningful oversight. Section 702 has allowed the NSA to tap directly into the Internet backbone, giving them potentially unlimited surveillance ability. It's likely that many secret mass surveillance programs are based on Section 702, unknown to the public (such as the ability for the government to listen to any past phone call, without having ever set up a specific wiretap).

AT&T's Folsom Street backbone facility, where the NSA tapped directly into the Internet.

Issued by President Ronald Reagan in 1980, Executive Order 12333 has been used by the NSA to justify tapping directly into the cloud storage servers of Yahoo and Google without a warrant or civilian oversight. The NSA has also used EO 12333 to secretly construct social networks of American citizens. Unlike other legislation, executive orders are issued by the president without any oversight or approval from Congress. This raises serious privacy and separation of power questions when such authority is used to engage in mass surveillance of American citizens.

• CIS(P)A: The Cyber-Intelligence Sharing Act — not passed yet!

CISA, formerly called CISPA, is a surveillance bill that would let the government collect private user information stored by web companies like Facebook and Dropbox, and share it with the NSA, DEA, and FBI. Companies would given legal immunity for working with the government surveillance authorities in ways that violate privacy laws. Thanks to outcry from privacy activists, Congress has tried and failed to pass CISA four times over the last few years, but they're trying again this summer. Like a zombie, this bill is hard to kill once and for all. 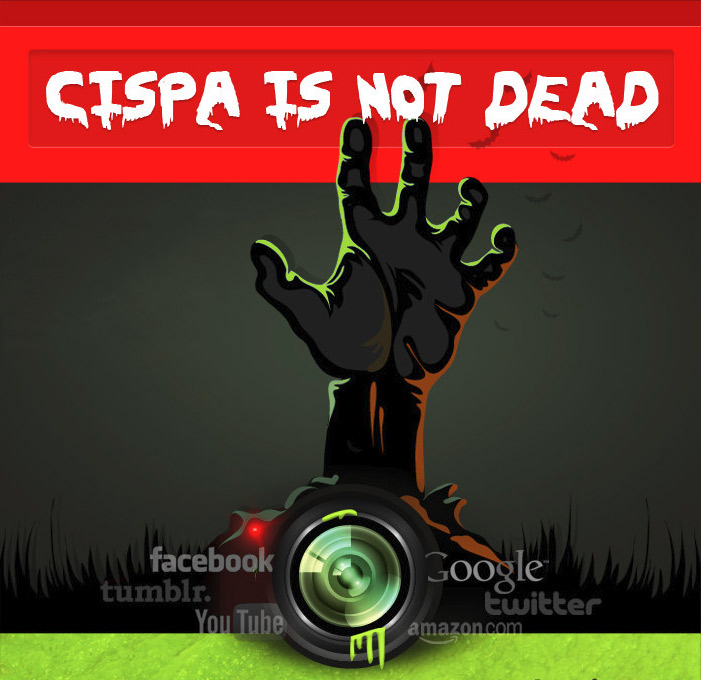 How to get involved:

Tell Senators Rand Paul and Ron Wyden:
If you filibuster the PATRIOT Act, I'll donate to your campaigns!

Awesome! Now, can you call Congress?
Enter your phone number and we'll call your phone and connect you to your reps. We'll tell you what to say on the next step.

We're calling your phone!
Tell Congress to reform mass surveillance by overturning Section 702 of FISA and Executive Order 12333. Tell them to oppose CISA, the Cyber Intelligence Sharing Act. All of these laws violate our privacy.

We'll send this petition to Congress:

It's an outrage that taxpayer funds are being used to fund a fleet of spy planes operated by the FBI and used to engage in mass surveillance of potentially hundreds of thousands of innocent Americans. These planes have been spotted over the Mall of America, where the FBI has used counterterrorism authorities to investigate political protestors for the #BlackLivesMatter movement. It is unacceptable to use resources meant to stop terrorists to track political activists. Congress should put an end to this unconstitutional violation of civil rights immediately.

Furthermore, please overturn Section 215 of the PATRIOT Act and Section 702 of the Foreign Intelligence Surveillance Act. These legal rules have been twisted by government agencies to allow mass spying of U.S. citizens without a warrant or any suspicion of wrongdoing. The so-called USA FREEDOM Act would only make matters worse, by creating new legal loopholes for the NSA and law enforcement agencies to collect even more data on millions of Americans. I am calling on you to oppose the USA FREEDOM Act, let the PATRIOT Act expire, and end mass surveillance by the U.S. government.